Year 5 had a very exciting science lesson this week. They were testing what happened when they mixed two chemicals together, sodium bicarbonate and vinegar, which contains acetic acid.

The results were quite impressive! The pupils noted that the bubbling of the solution meant that a reaction was happening, then the glove started to blow up! This was because when the two chemicals react, one of the things that is made is carbon dioxide gas, which couldn’t escape because it was trapped by the balloon. It was a great, interactive lesson. 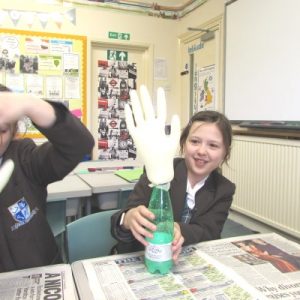 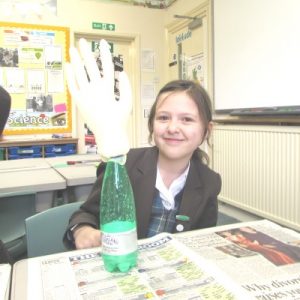 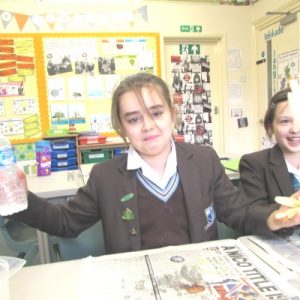