Year 9 pupils completed an outstanding piece of creative writing in the course of only two lessons, based on the Spanish poem ‘Un hombre sin cabeza’ (A man without a head) by Armando Jose Sequera.

Through a series of competitions, they had to complete translation and interpretation tasks from the original poem. They then moved on to vocabulary building exercises which ultimately led them to create two poems in only 20 minutes. They then had to copy their opponent team’s poem in a running dictation so they could interpret it through drawing in about 15 minutes. 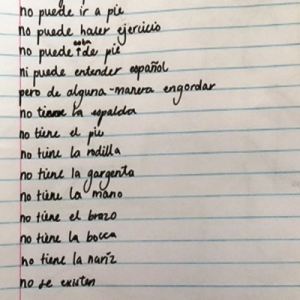 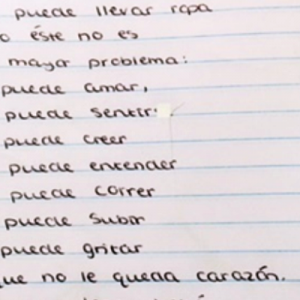