Year 9 are studying The Great War and British society at the time of the First World War. Pupils have looked at poverty, Britain’s position in the world and the causes of the war. In order to consider the wider impact of WW1, pupils visited the local war memorial in the grounds of St John’s Church to conduct a field sketch and to look at the wider impact of war on the Buckhurst Hill community after 1918.

Pupils were saddened by the number of family members who died in such a small community while looking at memorials that documented entire families who lost their lives in war. Pupils had time for a reflection and remembrance. 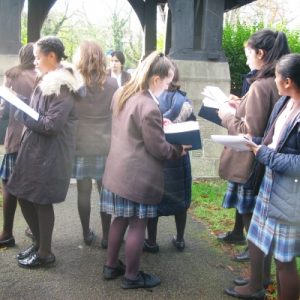 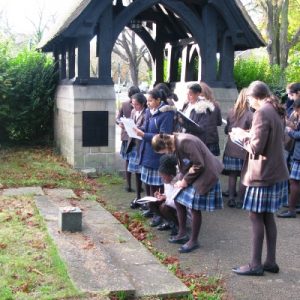