Year 10 measure their heart rates during a practical to investigate the effect of exercise on heart rate. Heart rates were measured using a stethoscope. The pupils found their heart rates increased after exercise but that they returned to normal soon after. There was variation within the group and they were able to compare, describe and explain the resultant graphs. 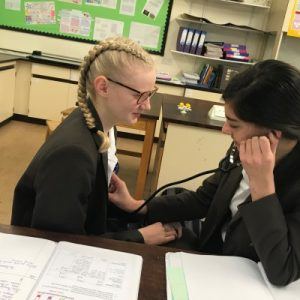 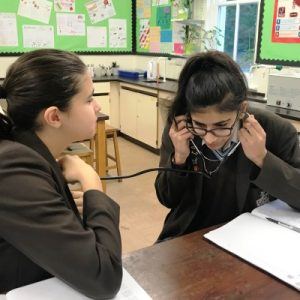 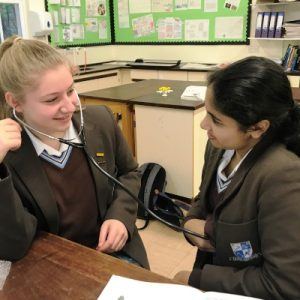