Year 8 have been testing a leaf for the presence of starch during their topic of photosynthesis. In a colourful investigation, Year 8 managed to remove all the chlorophyll (green pigment) from their leaves so that they could then use iodine to identify the presence of starch. When photosynthesis has been taking place, the glucose that is produced is processed and stored as the storage molecule, starch. So we can see that if starch is present then photosynthesis has been taking place.

Pupils have also been carrying out investigations into the effect of temperature on the rate of anaerobic respiration in yeast cells. In order to measure the rate of respiration, the pupils used flour and glucose solution with the yeast cells. After mixing, the samples were placed in different temperature conditions and the height of the resulting dough was measured using a measuring cylinder. 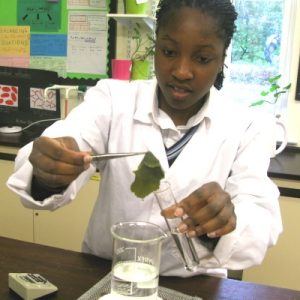 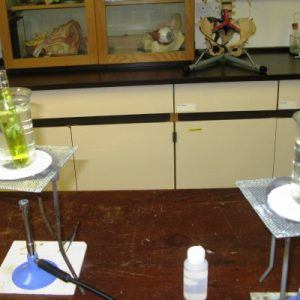 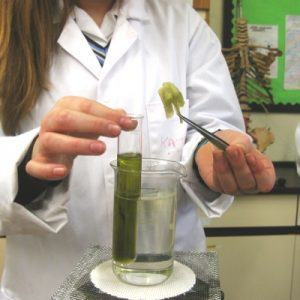 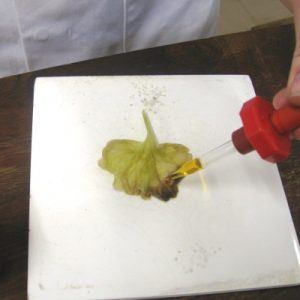 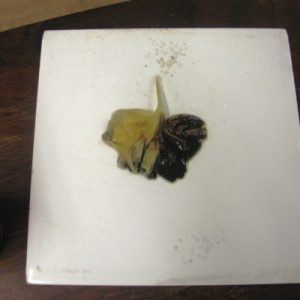 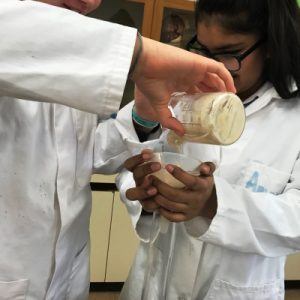 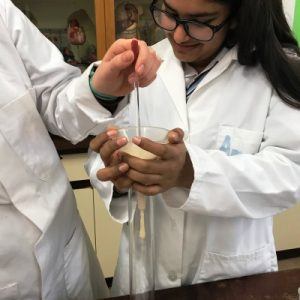 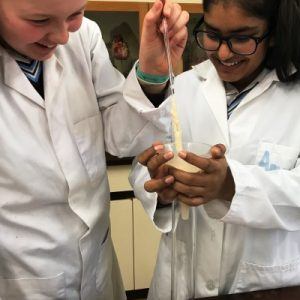