Braeside’s newly formed football teams enjoyed two greatly contested fixtures against Bancroft’s. The Year 7/8 girls went ahead after the first 5 minutes as Lily-Ann slotted 2 excellent goals past the Bancroft’s keeper and Issy saved numerous good shots. Bancroft’s managed to pull 2 goals back, leaving the score at half time as 2-2. Lola then put us ahead as she chased down their defence and scored. Bancoft’s pulled 2 back as we started to tire. Lily-Ann then completed her hat trick as she placed the ball just inside the post. Unfortunately, the game ended 6-4 to Bancroft’s. However, the pupils should be extremely proud of their efforts against a massive school! Issy was player of the match for her excellent goalkeeping.

The Year 9/10 pupils worked hard to win the ball back against a well drilled Bancroft’s side. Emily was brilliant in goal and kept us in the game in the first half. In the first half Bancroft’s had scored 2 and Alisha scored an excellent goal for Braeside which saw it 2-1, this meant we were very much still in the game! In the second half we struggled to keep the ball down and score any more goals. The girls battled to the end but Bancroft’s won the game 5-1. Sam was player of the match for her excellent skills upfront. We look forward to our next football matches. 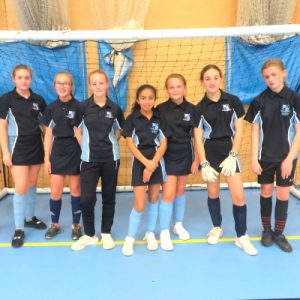 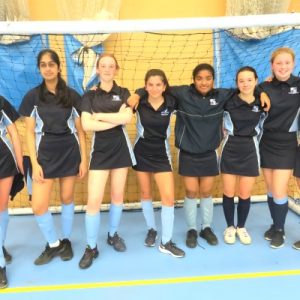