On Tuesday 11 February, Music pupils from both Braeside and Normanhurst travelled to the Royal Festival Hall to attend the BrightSparks “Bach to the Future” concert, performed by the London Philharmonic Orchestra.  The concert featured pieces that the GCSE pupils are studying for their exam and provided lots of facts about the pieces, their composers and on how the pieces were structured.

The performance started with a piece of minimalism, Steve Reich’s “Clapping Music”, which the audience joined in with, and then took us on a trip through time with music from the 18th century all the way to the modern era, including the iconic piece of film music, “Star Wars”.  Watching a live orchestra perform was an invaluable experience, and the information that accompanied the pieces was really helpful for their exam.  Afterwards, everyone went for lunch at Pizza Express before travelling home.  The pupils behaved impeccably and were a real credit to us, it was a fantastic day out.

“On Tuesday 11 February we went to the Royal Festival Hall to listen to the London Philharmonic Orchestra’s concert “Bach to the Future”.  This concert included many pieces that we need to study for our final exam.

My favourite piece during the concert would have to be when they played Star Wars.  Not only did they play it exceptionally well, they also showed us how it was actually structured.  After the concert we went for lunch at Pizza Express before returning to school.  This experience was amazing and was a great learning opportunity for our GCSEs.”

“On Tuesday 11 February we went to the Royal Festival Hall to listen to the BrightSparks GCSE concert, “Bach to the Futures” performed by the London Philharmonic Orchestra.

One of my favourite pieces that was performed was Steve Reich’s famous “Clapping Music”.  The music repeats the same rhythm multiple times, changing by one beat each time.  It then keeps changing until it gets back to the same rhythm again.  We then had to try it for ourselves and it sounded amazing with over 1000 students playing together.”

“On Tuesday I went to the Royal Festival Hall.  I went to watch the BrightSparks GCSE concert “Bach to the Future” performed by the London Philharmonic Orchestra.

My favourite piece was Steve Reich’s “Clapping Music”.  I found it really interesting and I loved trying it for myself.  The concert was very useful for my GCSE work, seeing a live orchestra performing lots of pieces that we are studying.”

“On Tuesday 11th February I visited the Royal Festival Hall to see the London Philharmonic Orchestra.  I loved every single bit of it, watching the instruments was amazing.  My favourite piece was the Star Wars theme song, it had many instruments all playing in sync.  This was really helpful to our GCSE topic on film music.  This was one of my best musical experiences.” 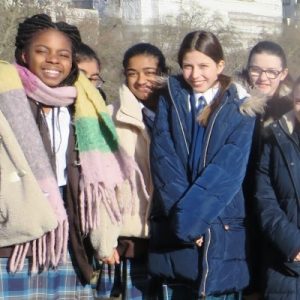 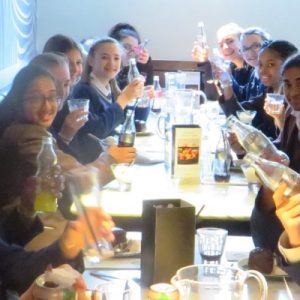 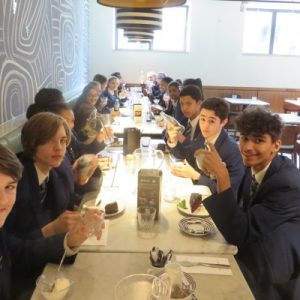 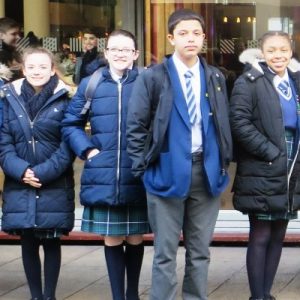 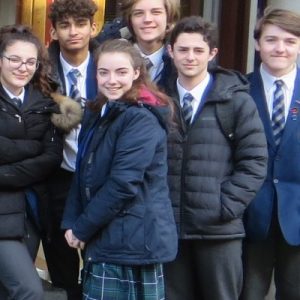 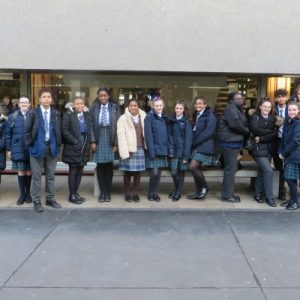 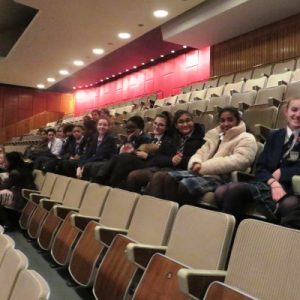